Speak to one of our travel experts in our UK Call Centre:

Please only call a number listed on our website or you can find a travel agent near you.

This email address is already being used. You may have previously registered or have a myJet2 account.

By submitting this form I am agreeing to receive marketing emails from Jet2Holidays. You can let us know at any time if you no longer want to receive emails by clicking here.

Sorry, we were unable to find your email address.

This page has been inactive for quite a while, so you'll need to refresh it very soon. This is to ensure we keep our website, and your details, totally safe and sound.

You have 2 minutes left to refresh your current search.

It's time to start again

You were gone so long we had to call ‘time out’ on this page. We do this to keep our website, and your details, totally safe and sound.

Not to worry though – you can go back to homepage

Choose your ideal holiday start date across a month. You may also have the option to change the airport you're flying from.
Overview Facilities Rooms Location Reviews

The adults only Msh Mallorca Senses Palmanova (formerly Senses Palmanova) is a super stylish hotel with the beautiful Palma Nova beach at its doorstep. Focusing on quality and modern styling, this hotel is the go-to place for style-conscious couples looking for a relaxing getaway. Here you can unwind by one of the many outdoor pools on a sun lounger or Bali bed and indulge at the buffet restaurant, or discover the gorgeous resort of Palma Nova on two wheels, thanks to the hotel's cycling facilities. All rooms boast bright and airy décor with the option to upgrade to a room with fantastic sea views or luxurious swim-up pool. Or why not upgrade to a Privilege room and enjoy the private rooftop terrace, pool and bar which has breath-taking views over the bay? Combining design-led interiors and a fantastic location, this hote has become a real customer favourite. ... More 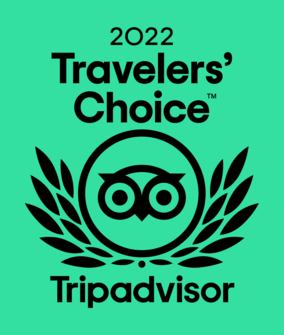 Please note: a smart dress code may apply and facilities between restaurants and bars may vary. Reservations may be required and a supplement may be payable dependent on board arrangement. Information based on previous season and could be subject to change.

Comfort room for Sole Use

Comfort room with Sea View for Sole Use

Please note: Swimming shorts, sports trousers and flip flops are not permitted in the restaurant. The hotel requests gentlemen to wear shirts or t-shirts with sleeves. The Pool Bar's opening is subject to weather conditions. Please note: Sky Lounge Terrace with cocktail nights by the pool is open for all guests between 15th June and 15th September, every day from 20:00. Between the hours of 11:00 to 19:00 it is exclusive to guests staying in Privilege rooms with Sea View, Senses Terrace rooms and Suites. Please note: Waitress service is only available on Fridays.

Please note: a local charge is payable for the use of the Balinese beds.

Popular Palma Nova is a firm favourite for dedicated sun-seekers. A close-knit neighbour of vibrant Magalluf, this resort makes it easy to choose between keeping active and relaxing. If you’re a fan of silky-soft shorelines, then you’re in luck here in Palma Nova (quite literally) – the beaches crown the shoreline in a horseshoe shape!

Cost of a beer

A trio of delights

The gorgeous bay boasts three long, white, sandy beaches, with Blue Flag-awarded Playa Palma Nova the jewel in a glistening crown. The soft sand slopes gently into shallow water, providing 500m of spacious beach. Within 10 minutes, you can walk along the promenade all the way to Magalluf.

With the island’s party capital just a short walk away along the coast, it’s easy to indulge in Magalluf’s world-renowned nightlife during your Majorca holiday. There you’ll find one of Europe’s biggest clubs, BCM. You can stroll back along the promenade in the early hours, then spend the day chilling out in Palma Nova.

Nobody’s ever too old to play at being a pirate and, thanks to the famous Pirates Adventure Show, everyone can! Since it opened in 1985, millions of people have been entertained by swashbuckling pirates, pyrotechnics and panto in a whirlwind of high-sea japes. The kids will be mesmerised!

This hotel "looked the part" - it is not. First room we had , was not what we paid for (cost a lot of money for 7 days). the shower was filthy dirty (video taken) and the mirror was filthy ( told reception to clean it- which they did. we complained in the first 20 minutes. hotel wanted us to pay 60 euros for an upgrade... Other customers who asked to move were not asked for the 60 euros, different standards for who you are then... They wanted our credit card, when we refused they wanted 150 euros, again other customers were not asked for this. 10 euro for a "dog" towel to use around the pool. still do not understand why you have to pay for this ! never had to do this before.. The food was shocking, especially for a 4 star plus hotel, (Mmm) had better and more choice from 3 star hotels.,loads of complaints that there was very little choice of food, and it was COLD. we eventually received part of our money back for this, but our spending money now had to be used to eat out - this is unacceptable. The staff left drinking glasses and cutlery out all night, birds would swoop in, land on the tables and pooh on the chairs. The snack bar (10.00 - 18 00) was never open the 7 days I was there, nor was the roof top bar, but it was stocked up!! This is false advertising. you have to walk through another restaurant to get to the beach, we felt rather uncomfortable at this, as did other holiday makers. Our second room, which took 3 hours of out time to move, (not including the phone calls to Jet 2, who did not return our call, as advised. Spent hours on the phone to them from Mon - Wed, again unacceptable). with no help from the staff, until my sister had to ask, up and down lifts etc, lifts which are not large enough to accommodate this hotel, you may get 4 people in, without a suitcase etc, the shower leaked and 2 wall sockets did now work, this shower was never cleaned daily either. An item of my clothing was taken, I found the cleaners and recovered my item - no one seems to speak English either - i did not even bother to advise the reception, they were of little help, i found them mostly rude and too busy taken selfies of themselves. Not a place I would ever go back to, trust me, you do not want to go this hotel, it is a rip off and not as advertised, all aesthetics. I even watched (photo of this) a cleaner scrub down the pool area, plunge her dirty buckets into one of the pools to rinse off the floor she just cleaned - could not believe my eyes.-

Lovely Hotel with really good standard of rooms and facilities in an ideal location. Only complaint was the evening meals were not to my liking, for this standard of hotel I expected a better variety than what was on offer.

Clean pools, they were cleaned every night or morning. Lovely large rooms with very good beds. Staff very helpful and location could not be better. A good few english tv channels and fantastic shower. Breakfast had lots of options although evening meal didnt.

Beautiful adults only hotel. Room on 4th floor with stunning sea views, and beautiful views in the evening over the spectacularly lit pool area. Amazing huge comfortable bed. Wonderful buffet breakfast with a vast choice for all Europeans. Palma Nova is a lovely resort with great nightlife if you want it, or relax at the hotel with the evening entertainment. Great bars, and loads of restaurants to choose from and to suit all budgets.

Hotel was very nice in great location close to the beach. Lots of sun loungers available. Staff very friendly. Only negatives would be the old safe that you need to get a key from reception and pay €20 deposit. A digital safe like other hotels would be good. Also the breakfast is good except for the selection of cereals. The spa was ok but the water was too cold and steam room was not working

We require the email address that you provided on Facebook. Please try again and confirm the email permission, or alternatively you can create a Jet2holidays account using your preferred email address.

Airports
Things to do
Villa
Hotel

To keep you and your money safe

Looking for something else?